A different kind of project

Since our weather turned so wintry overnight, it was a good day to start on a project I've had in mind for a couple of years.

This box was one that my grandmother Faye had and gave to my mother. It now belongs to my oldest brother, but I took it from my father's house for the time being. (The stencil reads C.M. Dunn & Co. Booksellers, Stationers & Jewelers, Cincinnati, O.) 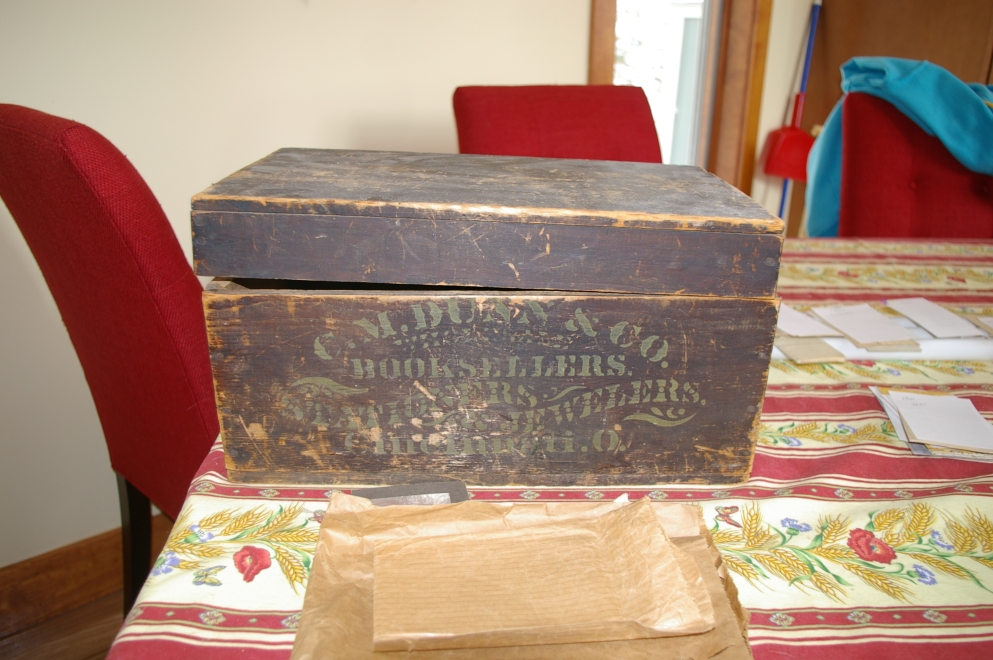 The box contains letters and papers of Faye's father's - my great-grandfather Calvin.  The box was one of three or four my grandmother moved from Indiana to Illinois in 1928. She had them stored in the attic of the Elburn bungalow when I was a child - no special climate control or preservation, so some of the letters are very faint and difficult to read.

This photo shows the lower tier of letters - I had already taken out the top level and started to sort them. 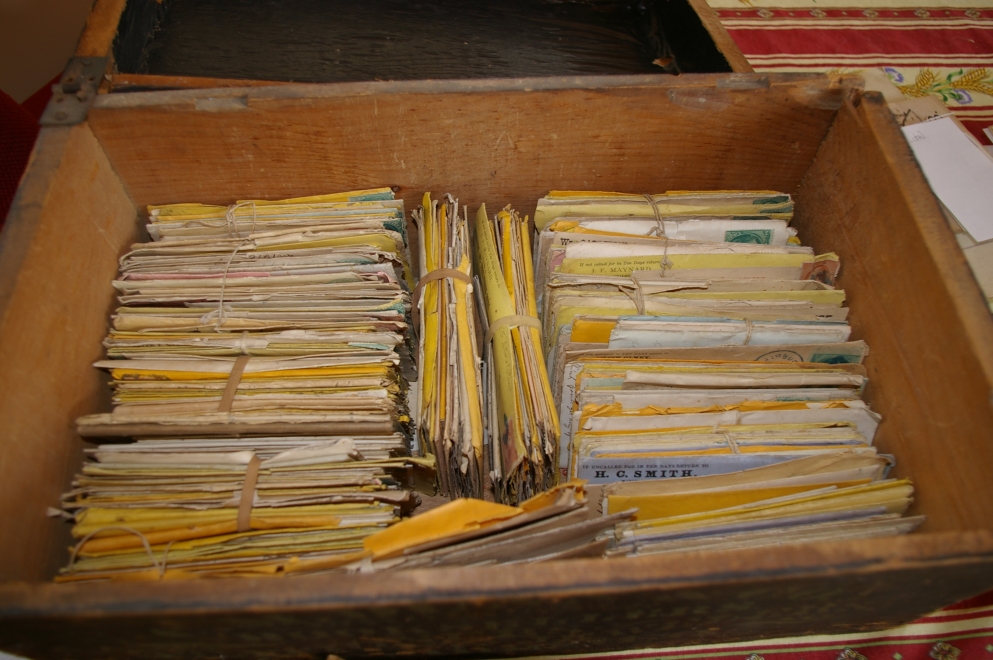 Calvin lived from 1845 to 1923. What I'm doing so far is organizing the materials by date - when I can determine it - except for letters from Calvin's first cousin on his mother's side, Eli W. Hause.

So far I have found mostly letters from the 1860's to the 1880's, with a few from the 1890's and one letter that I believe was sent to Calvin's grandmother, dated 1806.  The paper is all still good - they didn't use acid in paper-making in those days, so I can still take the letters out of the sometimes very tiny envelopes to unfold the pages without the paper tearing. I don't have to remove all the letters from their envelopes: Although the early postmarks do not include the year, Calvin often wrote the dates he received and answered letters on the envelopes, sometimes including the year. In cases where Calvin had not made his usual notation, sometimes my father, who examined and cataloged the stamps on the envelopes, wrote in pencil what the date of the letter was.  These notations are a huge help with this initial sorting.  The strings and rubber bands you see in the above photo grouped the letters by the stamp and its condition, rather than by subject or year. But that stamp information occasionally helps me to make out the often obscure handwritten two-digit year on the letter inside.

This picture shows the fist level sorting job about two-thirds completed as of this evening. 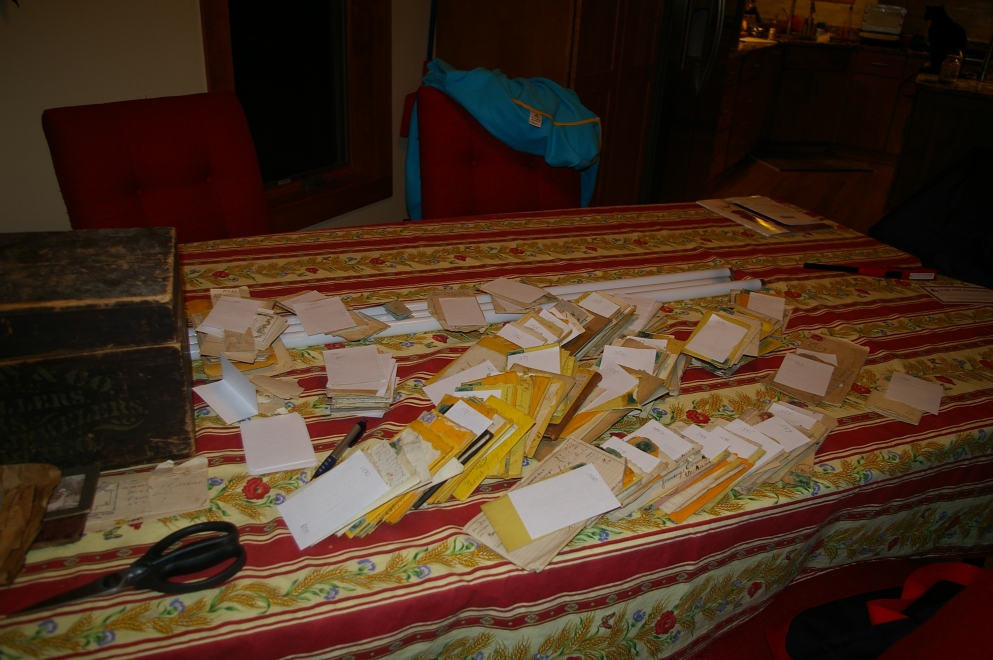 The 1860's letters from Cousin Eli are being culled out because he served with the 52nd Indiana Regiment (the same unit Shepherd Whitcomb served with), having joined up in early 1864 at the age of 18.  I learned that Eli joined up against his father's wishes - and like many of his fellow Civil War soldiers, he's very interested in the cause of preserving the Union but would rather the slavery question not be part of it. Eli enjoys winning at cards with his fellow soldiers and seems to tell Calvin about any of the young women that catch his eye - though it appears he is too bashful to speak to them.  I'm very interested in young Eli's first hand experiences, and plan to use his letters to continue the family history I'm telling along with the Civil War Block of the Month quilt.
Posted by Cheryl K. at 7:28 PM

What an arduous task! But, oh so interesting to find all the personal history from so long ago! Have fun with this very different project.

This is certainly something a little different. What a great treasure box.

I have always dreamed of a box like this turning up somewhere in my own family but, alas, so far no box. What a fabulous treasure! Thank you so much for undertaking this tremendous task and sharing your treasure with others!