This week's block honors Fanny Kemble, an actress and writer from London who was influential in swaying the British away from supporting the new Confederacy -
(sorry - again my photo skills skew the block a bit.) 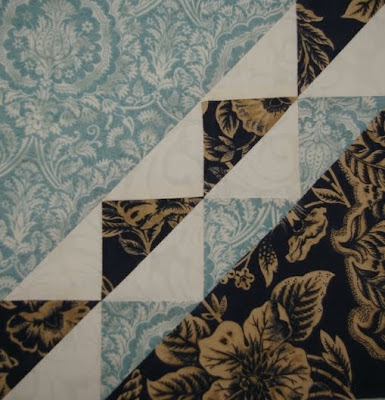 You may wonder why this block is called "London Square." In my Blockbase software, which is a digital version of Barbara Brackman's Encyclopedia of Pieced Quilt Patterns, there is a single block shown in two colors, as well as this version: 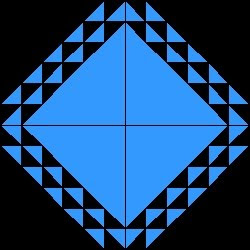 Both versions have more of the small triangles in the block than the one used for this Civil War series, which was easier to piece at 8 inches.

The block looked familiar to me for good reason. I adapted the above design when I made a lap quilt for my sister-in-law Marla and her husband. I was still getting used to my quilting machine at the time and purchased a small pre-printed "whole cloth" to practice on, setting the whole cloth into a London Square and adding borders to make a larger quilt. Here's Marla's quilt on display at the Quilter's Unlimited of Northern Virginia show, in June, 2006. 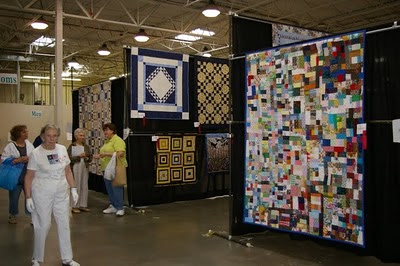 Here is another block in this BOW project that needs a fabric with a large print. And you found two in your collection. Well done Cheryl.