Mug-rugs for Cindy and a new block of the week

We had a birthday party for Cindy on Friday. It was suggested we could bring gag gifts, but I'm not good at those so I made her a pair of mug rugs in her black bird theme that go with the black and tan accents in her house - 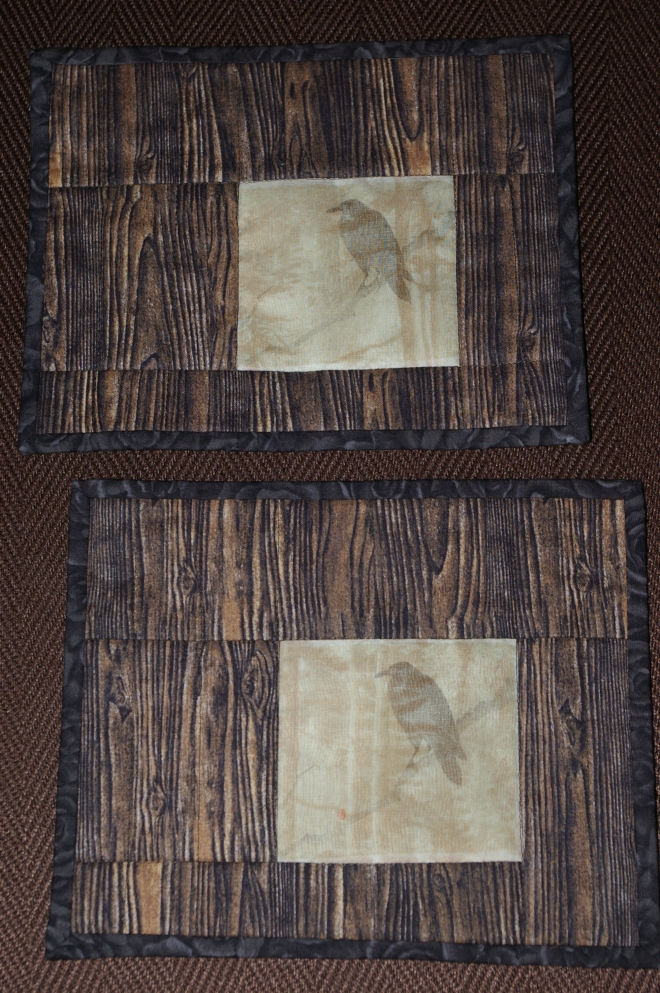 The bird was an image labeled for non-commercial reuse with modifications. I printed it on a treated organza and used a low-contrast tan and white Japanese tree print to back it. The mug rugs are about 6x8 with minimal straight line quilting and a single fold binding to finish them off.

I started a new block of the week program by Barbara Brackman today that I won't be blogging about in detail. The theme of the weekly stories is Jane Austen. I'm not really an Austen fan - I read some of the books because they were available in recorded book format from the library but otherwise I probably would never have read them. 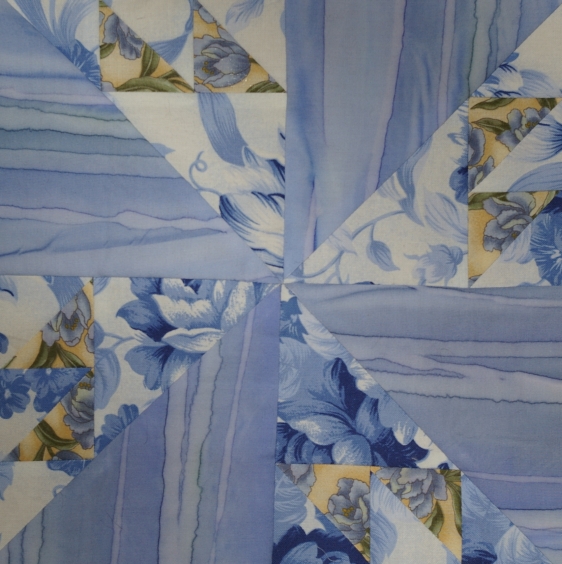 The block was called "Bright Star" on the blog, but I've always seen it as "Rosebud" - a block I don't care for. The two contrasting small triangles always just look awkward to me, so I disguised them with my choice of floral prints. The stripe doesn't go with the flower theme but I think gives the pinwheel a little energy.

It reminds me of a Monet watercolor the way it blends together. I like it!!

Whoa, I thought you weren't going to do this one? Lovely fabrics in the first block and that batik (?)gives a fabulous dreamy look.

Oh, and the mug rugs turned out well too.

So, will blue, yellow and white be the palate for all the blocks? I do like that blue batik a lot. And I love the mug rugs. What a nice, simple, useful gift. Better than a gag gift anytime!

I am not wild about this block, either. I am going to try to get to it this week some time, and I think I'll use your tactic to disguise those points. Your fabric is very pretty.

The mug rugs are great.

I love the mug rugs! I'm a big Jane Austen fan but just don't have the bandwidth to commit to a weekly project this year. I'll just live it through you!