A hat for Marvin 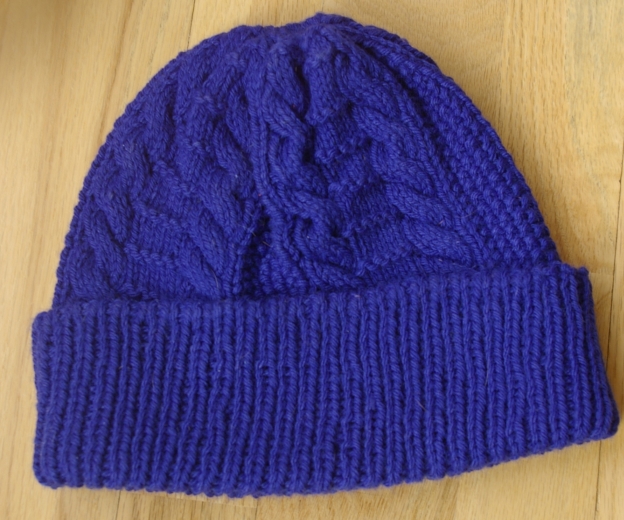 Marvin needed a KU Blue hat. This blue was the closest I found in an easy-care worsted weight. Marvin's hat is a slight improvement on the earlier model, for which I was short of yarn. There's more room in the crown.

I mailed the hat off last week - it arrived on Friday when Marla and Marvin were getting ready to leave on vacation. They went to the beach in Florida. I don't think Marvin needs the hat there - and this winter is probably over in Chattanooga. But he'll have it for any chilly weather next year.  Rock-Chalk-Jayhawk!
Posted by Cheryl K. at 10:51 AM

I love the royal blue color and that is a great pattern! Well done as always!

Fabulous hat...just my color too!Hope Marvin is enjoying wearing it. With yet another snowstorm here today it would be perfect to make the wearer show up against the bleak white surroundings.