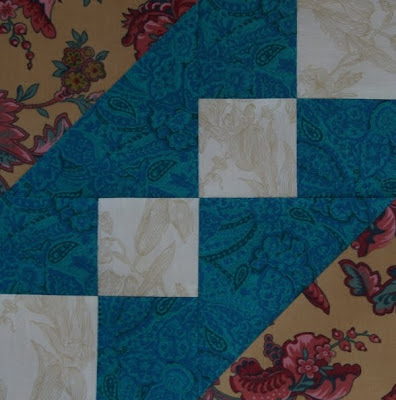 She said it is known by many names, including Jacob's Ladder. The Jacob's Ladder block has special significance for me. You might think that's because it was the very first quilt block I ever pieced - here it is, somewhat the worse for wear - 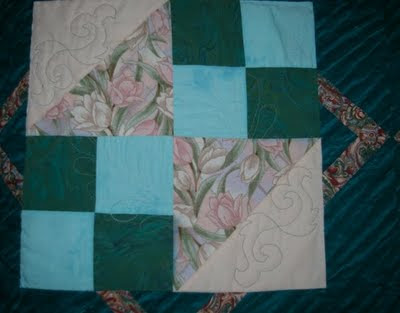 It was my very first quilt, a sampler I made in 1994 - here's an old photo of that quilt when it was in better shape. My mother always said she liked this quilt best of all the quilts I made. (I was trying to do fancy quilting even then - though it I were quilting it today, it would be done much differently.) 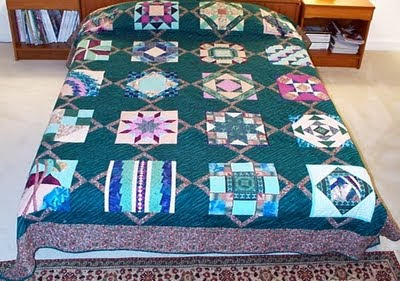 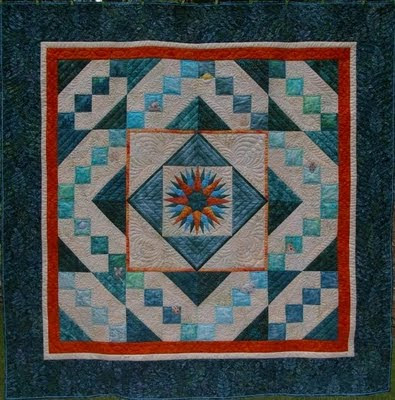 It is a comfort quilt we made for my brother Jeff and his wife Joanna after they lost their beautiful daughter Elizabeth and her 15-month old son Jacob in a terrible car accident. 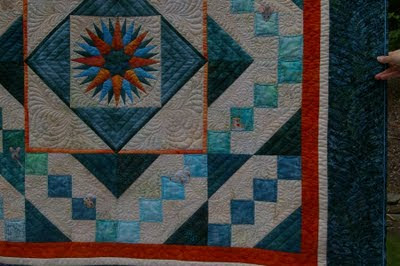 We chose the Jacob's Ladder block to surround a compass that represented Elizabeth. We decorated his blocks with teddy bears, and sweet little animals on clouds that had been on a quilt his Great Aunt Karen made for him. The little mice also represent his mother, who was called Mala Misya - Polish for "Little Mouse" - by her mother's family.

When I made the block today I started with the teal paisley fabric leftover from the back of my first quilt, because it is similar to the main color we used for Jacob and Elizabeth's quilt.
Posted by Cheryl K. at 1:54 PM