I finished the last of the knitting projects I'd left laying around for the last ten years or so, with this sweater. My dress form modelled for the photo when we had some snow blowing on Tuesday morning. Norris is taking a class in Tennessee and it had been too warm to want to try it on until that weird storm brought in such cold weather. 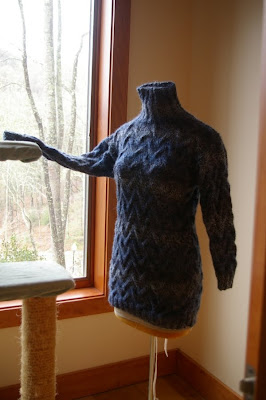 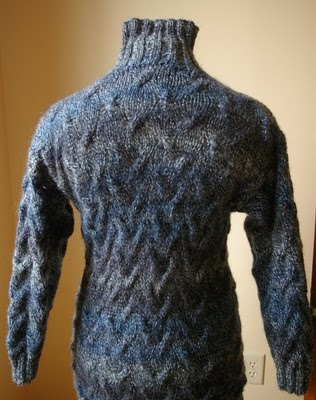 I bought the yarn (it makes the stripes all by itself!) at the Maryland Sheep and Wool festival at the Howard County Fairgrounds back in the 1990's. I went with my friend Diane who moved to Oregon where she now owns Woodland Woolworks. The sweater shows my consistent taste at least - I chose to knit texture even before I did much quilting.
Posted by Cheryl K. at 8:00 AM

Anyway, the sweater is beautiful!! The model looks stunning on the runway.